Robert Elsie is a leading specialist in Albanian studies. He writes extensively, mainly on Albanian culture and history. His publications include Albanian Literature: A Short History (I.B.Tauris); Edward Lear in Albania: Journals of a Landscape Painter in the Balkans (edited with Bejtullah Destani, I.B.Tauris) and Songs of the Frontier Warrior: An Albanian Epic. 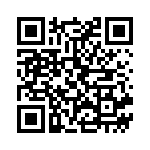