Óåėßäį 505
The satisfy place land losses . In brief , the deciCourt was of the view , citing the
Payne sion of the Court in the Forest Reserve case , that the provision relating to
indem- case stands for the proposition that where nity lands was as much a part ...
Óåėßäį 517
Santa can be made of unsurveyed lands because , Fe , as said above , could not
sell to Aztec until surveyed , they are not public lands . lands to which Santa Fe
had not acquired Santa Fe and Aztec attempt to support title . The saving clause ...
Óåėßäį 522
that they have a right to do , to show that there had been a deficiency of indemnity
there has been a deficiency at all times lands to fill up place land losses from
some since prior to 1898 , is , as I point out in time prior to August 17 , 1898 and ... 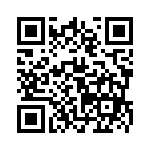