Origins of the Bill of Rights

Leonard W. Levy is Mellon Professor Emeritus at the Claremont Graduate School and Distinguished Scholar in Residence at Southern Oregon State College. He is the author of thirty-six books, including Origins of the Fifth Amendment, for which he received a Pulitzer Prize. 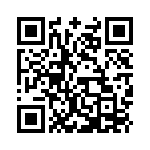