Kevin Wayne Johnson is the eldest son of Ernest and the late Adele Johnson, raised in Richmond, Virginia. He attended and graduated from the Richmond Public School system and Virginia Commonwealth University earning a Bachelor of Science degree in Business Administration/Management, with a minor in Economics and a Finance concentration.Kevin is a 23-year veteran of the federal government and corporate America in the career field of contracting and procurement. During his 22-year career, he has negotiated contracts for a myriad of products and services including information and wireless technology, major weapons systems, consultants, spare parts, construction, architect and engineering, and training, and is a graduate of the 1995 Executive Potential Program. Kevin's written work has been presented before international audiences, he has testified before the United States House of Representatives Committee on Small Business, and he prepared testimony that was presented before the District of Columbia Committee on Government Operations. Kevin's true love is for God. He confessed Jesus Christ as his personal Lord and Savior on May 2, 1993, alongside his wife Gail. This spiritual transformation occurred slightly less than two months after their marriage on March 6, 1993. He and his wife are deacons and Kevin is a 2002 graduate of the True Disciple Ministries Bible Institute, Somerville, New Jersey. He and his family are active members of Celebration Church, A City of Champions, in Columbia, Maryland serving in the Children's Church ministry, the maturity leadership team, the ministerial team, President of WIN (Bible) Institute, and on the Board of the School of the Arts. He speaks frequently at the requests of pastors/church leaders across the United States, teaching the Word of God before diverse congregations and denominations as well as ministering to teens, youth and children with special needs. Kevin is on the faculty at five regional/national writer's conferences ranging from Iowa, Pennsylvania, and Maryland, teaching on his specialty: 'From Start to Finish for the First-Time Author.' He is an adjunct professor at the National Bible College and Seminary in Fort Washington, Maryland where he teaches 'Youth Counseling' and 'The Covenants of God.' Kevin also teaches diverse subjects at the Celebration Church WIN (Bible) Institute, Columbia, Maryland as one of its certified instructors through the Evangelical Training Association, Wheaton, Illinois.Kevin currently lives in Clarksville, Maryland, with his wife, Gail, and three young sons, Kevin, Christopher, and Cameron. He is the author of the nine-book series entitled Give God the Glory! , recipient of ten (10) literary awards, including 2006 Gospel Publisher of the Year at Book Expo America, African-American Pavilion, Washington, DC, and hosted a talk show - Give God the Glory! - on the Voice America Internet Talk Radio Network (www.voiceamerica.com) and Black TV On-Line (www.blacktvonline.com), during the 2004 – 2006 seasons, reaching 300,000+ viewers per broadcast. His show transitions to Streaming Faith (www.StreamingFaith.com) in June 2007. He attests everyday that God uses ordinary people to accomplish extraordinary things! 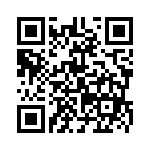