The author of "The Secret of the Ages", Robert Collier, during an active and successful life developed the basic ideas which opened up new vistas of living for countless multitudes of people. Brought ... аМэЦМЫСГ ОКЭЙКГЯГР ТГР ЙЯИТИЙчР

The secret of the ages

This book is inspirational and worth reading...For example...when you plant a seed you dont dig it up the next day to see if its growing.One of the secrets to success is the ability to kill a thought ... аМэЦМЫСГ ОКЭЙКГЯГР ТГР ЙЯИТИЙчР

Born in St. Louis, Missouri, in 1885, Robert Collier trained to become a priest early in his life, before settling on a career in business, achieving success in the fields of advertising, publishing, and engineering. After recovering from a chronic illness with the help of mental healing, Collier began studying New Thought, metaphysical, and success principles. He distilled these principles into a popular and influential pamphlet series, The Secret of the Ages, in 1926. He began issuing a second pamphlet series called The Secret of Gold in 1927 and completed it the following year under the title The Life Magnet. He died in 1950. 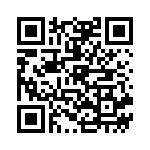