Robert Harrison was born and raised in Riverdale, Michigan, and attended High School and College in nearby Alma. Studying art, literature, history, and composition provided a good foundation for developing writing skills. He then took over his fatherΆs business as a building contractor. He was drafted into the army, serving two years as a high speed radio operator in the signal corps. After separation from the service, he continued building, and also developed several speed reading schools, drilled oil wells,and worked in electric distribution as a technician while continuing his interest in writing and history. After retiring, he coached college and high school tennis and taught a health and science class at Alma College. During that time, he wrote and published his first novel, 'Boudicca, Furie of the Celts. He is married and has two sons, one is a lawyer and the other, a writer. 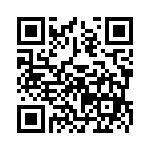