Óåėßäį 113
In the teeth of all the facts , he still cherished the amazing delusion that the Presidency of the United States , like the Premiership of England , is the natural and just reward of long and able public service .
Óåėßäį 234
... according to the second article , and according to the thirteenth , not to be altered , “ unless such alteration be agreed to in a Congress of the United States , and be afterwards confirmed by the Legislature of every State .
Óåėßäį 237
Impracticable politically , because the United States , however imperfect their union , were still united , while their strength , perpetually renewed by their cause , could not be exhausted within the limits of any war which the foe ... 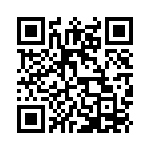