Óåėßäį 119
But few readers of miscellaneous literature , thought of looking into such a paper
for matters of taste and genius , and of course her efforts were almost entirely “
wasted the desert air . " Many editors plundered her columns , thinking that they ...
Óåėßäį 180
tance : as she thought , one hundred and fifty miles , but perhaps , from the
course they took , about seventy - five . The river had probably been broken up
but a short time , and the canoes of the Indians were above the upper falls , on
the ...
Óåėßäį 259
HORTENSIA , a Roman lady , was daughter of Hortensius the orator , of great wit
and eloquence , as a speech preserved by Appian demonstrates ; which for
elegance of language , and justness of thought , would have done honor to
Cicero or ... 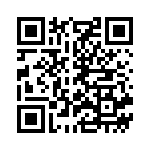