Óåėßäį 49
V. Cite as 218 F.2d 49 tion against city returned verdict for CITY OF AMARILLO ,
Appellant , $ 15,000 , law of Texas required its reduction to one - half or $ 7,500 ,
and where DisOlive COPELAND , Appellee . trict Court was of opinion city might
...
Óåėßäį 50
... the settlement suit , on the ground that the settlement appellee made with the
driver of the car with , and release of , the Kincaids was in and by which she
agreed to indemnify also a release of the city , and by motion her in the event the
city ...
Óåėßäį 764
ments of title to importer in New York Henry Harfield , New York City , for for trust
receipt and importer stored Chemical Bank & Trust Co. and The Nabags in
Philippine Islands on their ar- tional City Bank of New York , amicus rival from
India ... 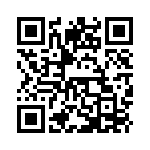