BLUE AT THE MIZZEN

O'Brian announced long ago that he hoped to write 20 volumes in his series centering on the British Navy during the Napoleonic Wars and featuring Jack Aubrey and Stephen Maturin. Along the way, he has ... ĮķÜćķłóē ļėüźėēńēņ ōēņ źńéōéźŽņ

Blue at the mizzen

Here is the 20th in the series presenting the escapades of Cap. Jack Aubrey of the British Royal Navy ship Surprise and his longtime companion, naval surgeon Stephen Maturin. O'Brian belongs to that ... ĮķÜćķłóē ļėüźėēńēņ ōēņ źńéōéźŽņ

One of our greatest contemporary novelists, Patrick O¢Brian is the author of the twenty volumes of the best-selling Aubrey/Maturin series, as well as many other books, including Testimonies, The Golden Ocean, The Unknown Shore, and biographies of Joseph Banks and Picasso. 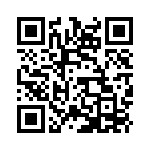